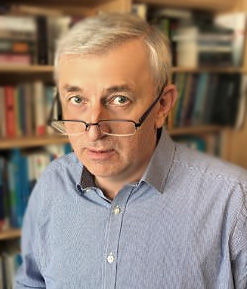 Teacher training German/ English studies. PhD scholarship at Humboldt University Berlin. Scientific senior assistant, later head of the department of culture and arts at the Academy for Film and Television in Potsdam-Babelsberg. Professor and vice dean and dean of the department of digital film production at the German Film School (Estal near Berlin). Board of directors for study organisation at the die medienakademie AG Hamburg-Berlin-München (partner of the decentralised university system of the university of applied science Mittweida, 2003-2014). Honorary professor for film and television at the university of applied science Mittweida since 2010.
Course director media and digital journalism at the SFU Berlin since 2018.
Several teaching and study stays as well as lecturing at universities home and abroad.
Accrediting committee appraiser FIBAA (Bonn).
Extensive journalistic activities (reviews, media-themed articles and essays)

Back to the overview
Back to top